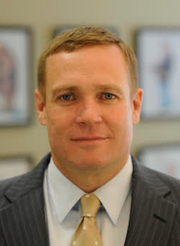 William H. May, III is a partner at HCM Governmental Relations. Previously, Bill served as General Counsel for the Kentucky Lottery Corporation, where he supervised legal staff and acted as the Legislative and Executive Branch Agent for the Lottery. In addition, Bill was responsible for supervising outside counsel in litigation and establishing the internal rule and regulation process. He also handled all internal/external employment law and intellectual property matters and advised the Board and senior management on a variety of general corporate issues affecting the Lottery’s proprietary business.

Let our team of experts drive your results today!

Let our team of experts drive your results today!